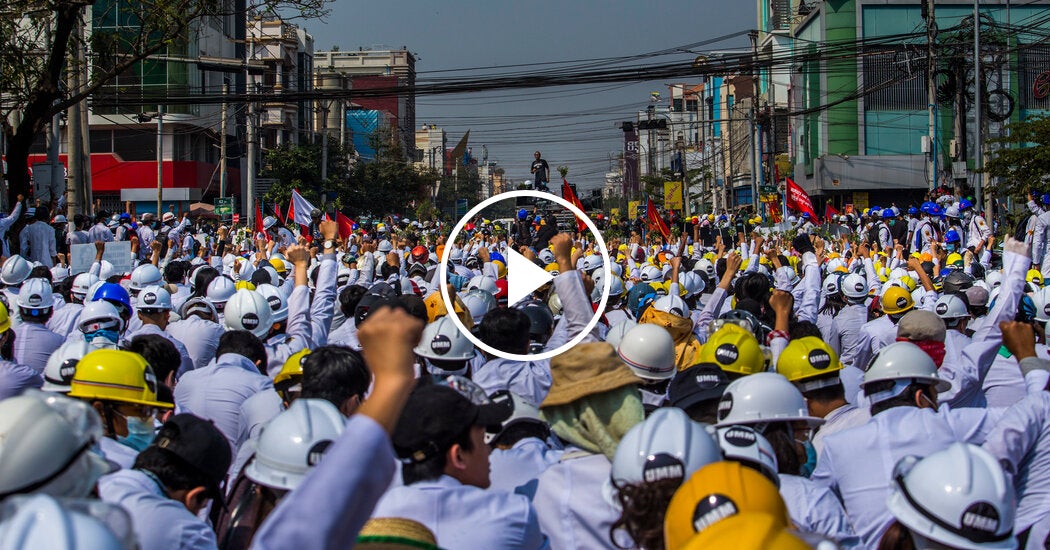 A number of Protesters Killed in Myanmar Army Crackdown

The navy on Sunday used dwell ammunition and tear fuel in cities throughout Myanmar, attacking protesters who’ve been calling for a return to democracy since a Feb. 1 coup. No less than 18 had been killed, the United Nations stated.